A downloadable game for Windows and Linux

REAVER is a MOVEMENT shooter

Fly off your own recoil! REAVER offers you the tools to keep moving, and your movement skills decides what you can survive. Grappling hooks, Tether beams, Slamming, Recoil-boosting, Crouch-sliding... and many more options. Discover movement tech with experimentation, or ask the community!

Crowd-control with a black-hole, lob a grenade, then shoot it. REAVER grants you a large arsenal of weaponry. Alone, they fulfill roles in combat. Together, their unique mechanics give room to skill-expression and efficiency. REAVER lets you carry 4 types of weapons: Revolvers, Shotguns, Machine-guns, and Artillery. Each with unique mechanics and potential combos.

Revolver Ultimate Ability: HEADSHOT CHAIN. Some weapons have abilities and ultimates that cost mana. Kill to gain mana. In the middle of combat, decide what's worth ulting and which ult fits the situation– all in a split second, or your own pace. You decide how fast, efficient, methodical or stylish your rampage is.

Speed. You can go fast, unreasonably fast. When we say "break-neck speeds" we mean it. Challenge the limits of what a "fast-paced movement shooter" is. Master the movement of REAVER, and come... break our community records. 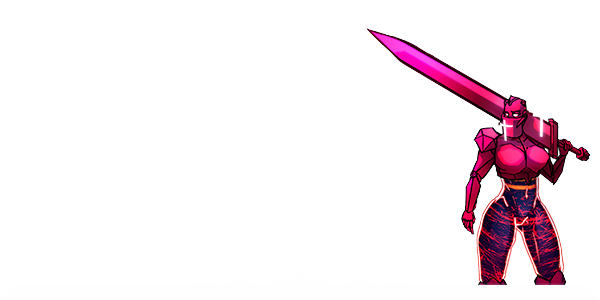 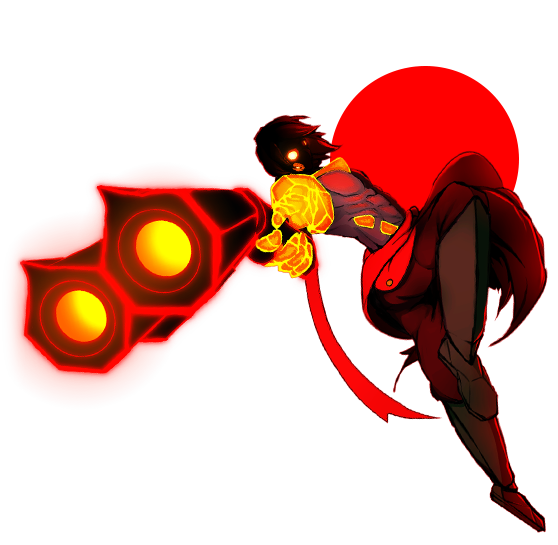 Since you've made it this far...

Here's a secret: Keep an eye on REAVER for MULTIPLAYER features in the future ;)

Psst, click the image... See ya in discord, Reaver.

This game is so freaking cool I cant wait to buy the full version!

I did encounter a bug where the enemies get knocked into the walls and won't die.

Besides that this game was amazing and everything felt so smooth :D

Played this game for about and hour, and for a free demo, it has TONS of potential!! I do have some thoughts on it, though, and I will preface these thoughts by saying I am NOT a shooter player. I am not good at shooters, and I do not play shooters often, so take everything I say here with a grain of salt! These are the thoughts of a casual player:

- I am absolutely in love with the art style! Very pop-y, very stylized, very cool!

- I found the occasional characters you talk to to be surprisingly endearing! I can't remember any of their names, as there is no story (yet) to make me care about them, but I like them! I think they're funny! I also think the character designs are fun!

- I love, love, LOVE the sort of dungeoneering-type gameplay! Going through different rooms with different obstacles and builds is a really cool concept, and I would love to see it expanded upon! A randomly-generated dungeon gauntlet sounds like fun...

- Gameplay is fun! You weren't kidding about the speed thing, I like running around!

CONS (things I think can be improved!):

- I could only get this game to run half-decently at the lowest possible settings. I will admit, my computer isn't the greatest, but it's no laptop or an old hunk of metal. I feel like graphics could be optimized better.

- The jumping off walls mechanic is completely broken. You can almost mountaineer any wall, at any time, which would be perfectly fine if you were rewarded for thinking outside of the box and using this mechanic to launch yourself through entire rooms, but that's not the case. In a game where you need to kill every enemy in a room in order to move on, it just feels... restrictive.

- Furthermore, the jumping is just plain insane. Parkouring across tiny little ledges is virtually impossible for the speed. I got stuck for so long on the tutorial for this reason alone, and it didn't get better later on. Overall, the jump strength would benefit from just being... weaker.

- The enemies are far too difficult. Like I said, I am a very casual player, but sometimes their mechanics just seem downright unfair. They take far too many bullets to kill with any weapon, they are constantly faster than you, they have an unreasonable range for their attacks despite being no where near you, they come in large hoards that make getting away from them with enough health impossible sometimes, and they spawn in the most unfair of places. In one dungeon, they spawn directly behind you when you fall through the floor, not even giving you a chance to get your bearings, and in another, they spawn literally on top of you, which is unfair for any skill level of player.

- I have tried to use every weapon in the game, and I've found that only one is worth using: the machine gun. Every other weapon is too slow for the barrage of enemies constantly chasing you with more speed than you can fire. With the range and constant speed you can get with the machine gun alone, it makes every other weapon obsolete, which is restrictive in a shooter game, where you should confidently be able to choose a weapon you enjoy using, instead of having just a single viable option.

- Speaking of weapons, the weapon switching mechanic is... not my favorite. The weapon switching seems a little counter-intuitive, with you not being able to revolve your weapons with the scroll wheel, and instead having to remember where your weapons are in your inventory, and not being able to roll from the last to first weapon. Just seems a little illogical, pretty annoying.

- Just in general, picking up health should give you more health than it does. With your health draining through rooms of merciless enemies, you could clear out a whole room and only recover about 30 health, and it really doesn't need to be that brutal, especially since you don't regain health from checkpoints.

FINAL THOUGHTS: Like I said, this has the potential to be an EXCELLENT game, and I can reasonably see this becoming very popular, especially with multiplayer! All in all, we have to remember that this is a bangin' good demo, and that it has some kinks that will be worked out in the future! In the state it is in now, I'd give it about a 5/10 overall, but I cannot WAIT to see where this goes, and I look forward to seeing it grow! I genuinely recommend this game for anyone looking for an up-and-coming shooter, so that maybe, you too can be as excited for its progress as I am!

This is very thorough feedback! We rarely get feedback from a non-fps player perspective.

Interestingly enough, a lot of cons mentioned are intended! Except for the optimization bit, I too suggest putting a "potato pc" mode higher in the priority list.

Thanks for trying a game that's out of your comfort zone, and for your time!

If it would interest you, this is how REAVER/this genre of fps are intended to be played:

Thank you for the reply! And the demonstration does explain a lot of the mechanics and how they're meant to work! Perhaps it was just the level I played that felt a bit cramped- this makes much more sense! Again, can't wait to see what you all do with the game, and I'll keep putting more time into it! Who knows, maybe I might finally get good at a shooter!

This Is my new favorite game

This game is so cool

Now i regret that i bought Doom

This game was made for people who love Quake shooters and for a good reason. It's fun. I really enjoyed the fast pace action. Keep it up.

Here's my channel for other games I have played. https://www.youtube.com/c/Levont

console is planned ! although not in near future

difficult but fun game with a nice artstyle

is it hard on 'easy' difficulty too? It may seem hard because by default difficulty is set to 'Relentless'

yeah it was on relentless 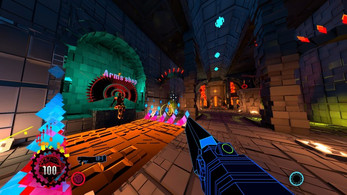 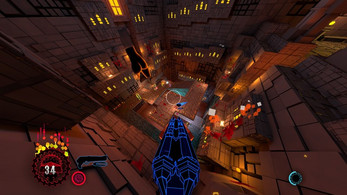 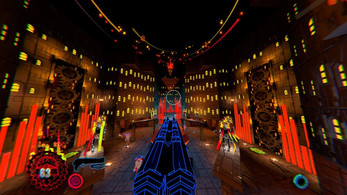 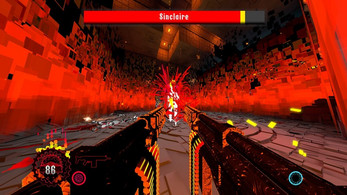 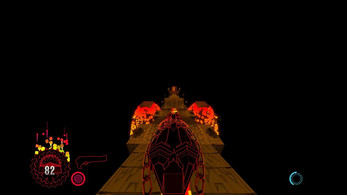 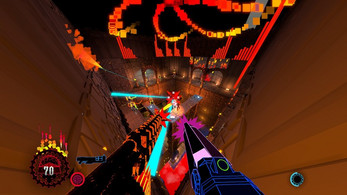 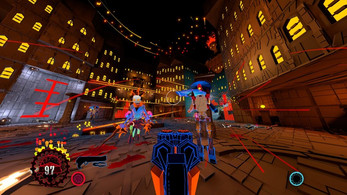 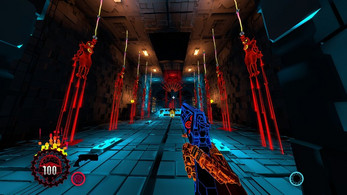 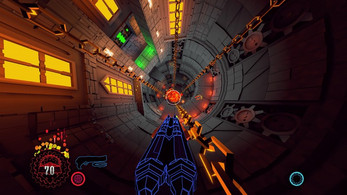 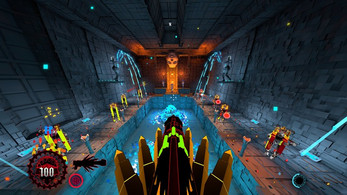 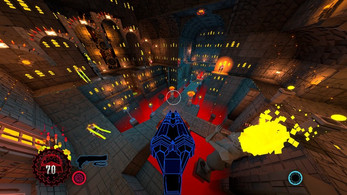 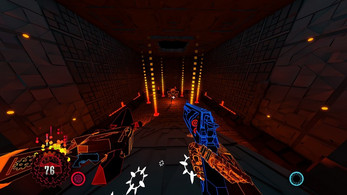